Coral Ardisia also known as the Christmas berry from the Myrsinaceae family is a small upright shrub native to Japan and Northern India. Used mainly for ornamentation this plant escaped cultivation in 1982 this plant had invaded all of north central Florida disrupting plant life.

Coral ardisia is a small upright shrub that can grow up to 6 feet in height. A striking features of the coral ardisia were the leaves are dark green, thick, glossy, and have tightly waved edges. It’s most famous feature are the bushel of mulberry red berries stemming from its pinkish white flowers. 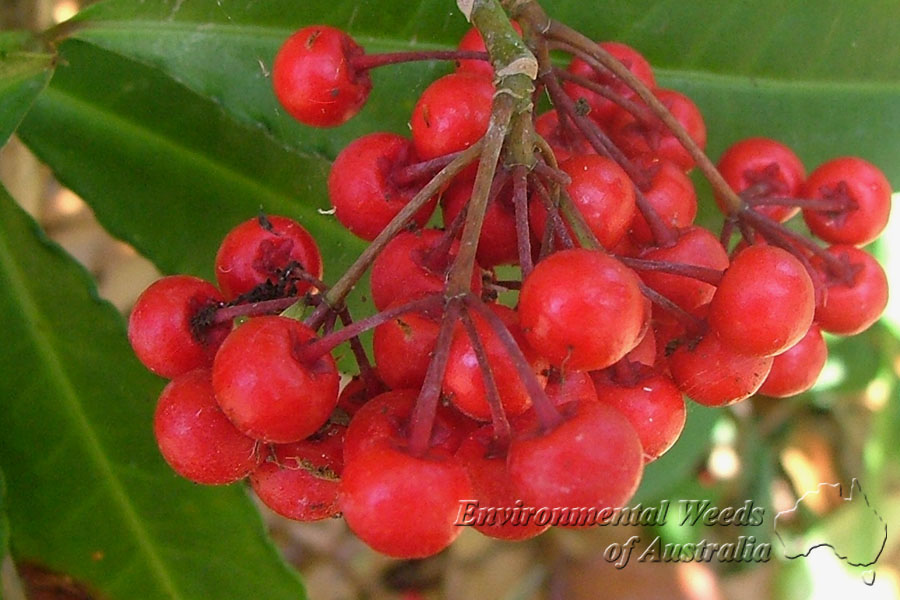 This species prefers rich, well-drained, soils in partially shaded positions, it is aweed oftropical, sub-tropical and warmer temperate regions. This durable plant can survive anything as long as the root system remains intact which is why control burning doesn’t affect it.

Ardisia crenata reaches sexual maturity around 20cm in height when lateral branches start developing. Taking up to 40 days once the fruit has been removed from the plant. With germination rates extremely for ardisia, ranging from 84-98% of each plant.

There is no published literature supporting that coral ardisia is in fact toxic in fact although some species of Ardisia are used as medicine. However, there are at least two cases in Florida these plant are the suspected cause of death of livestock in 2001 and 2007. It is suspected that the berries and/or foliage are poisonous to livestock, pets, and humans. 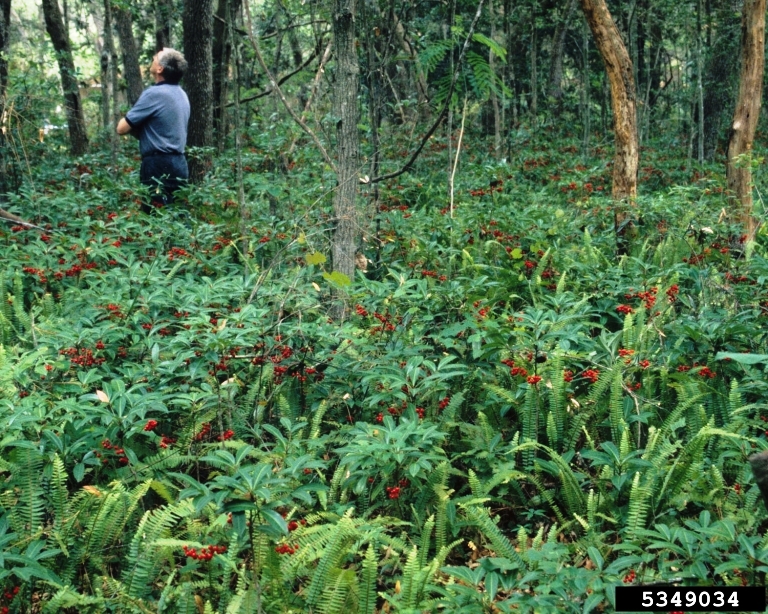 The Florida Exotic Pest Plant Council lists Coral ardisia as a category I species because of its invasive nature and ability to disrupt native plant communities. Ardisia shades out native seedling and understory plants, preventing their growth and development.

Widely cultivated as a gardenornamental for its brightly colored fruit, particularly in the warmer parts of East Asia. Severalcultivars of this species, with fruit of various colors, have also been developed for use as gardenornamentals.

A. Crenata is considered a tradition all medicine in its native country and is used to treat several diseases and parasites, and is widely used as an ornamental plant. The main attraction of these plants are small, white to reddish-pink in color, and fragrant and beautiful red berries.

The Florida Department of Environmental Protection’s Florida Park Service and the Friends of Florida State Parks have gotten together to get voluntaries to help remove the plants from places like Florida Caverns State Park, San Felasco Hammock and even our own Sante Fe River.