Apples – the Fruit of Legends- is among the oldest of the world’s fruit crops, ﬁguring in both the Bible and the tales of Homer. it is  by far one of the most important of the deciduous tree fruits, is widely grown in temperate and, increasingly, in tropical regions, and ﬁgure prominently in world trade. Apples belong to the Rose family of plants and are joined in that family by a wide range of very popular foods, including apricots, plums, cherries, peaches, pears, raspberries, and almonds. The apple tree was perhaps the earliest tree to be cultivated. Apple originated from eastern europe and southern asia and were brought to North America by European colonists. and its fruits have been improved through selection over thousands of years .There are now about 7,500 known types of apples resulting in a range of desired characteristics. but among this varieties barely 20 are available in the market. Today apples have become global commodities, valued  more for their long storage life and transportability than for their astonishing variety and flavor.

The apple is the pomaceous fruit of the apple tree, species Malus domestica in the rose family. Fruits of apple vary in shape from very flat, oblate to oblong .Apples colors varies from for red, green, and yellow because of the pigments in its skin and the ripeness that affect its color’s shade. The size of apples has been greatly increased by rigorous selection over the years from the small wild types to the size of the present-day commercial apple.The basis of apple taste and flavor is acidity and sweetness.The genetic variability found in the apple has allowed adapted types to be selected for different environments. 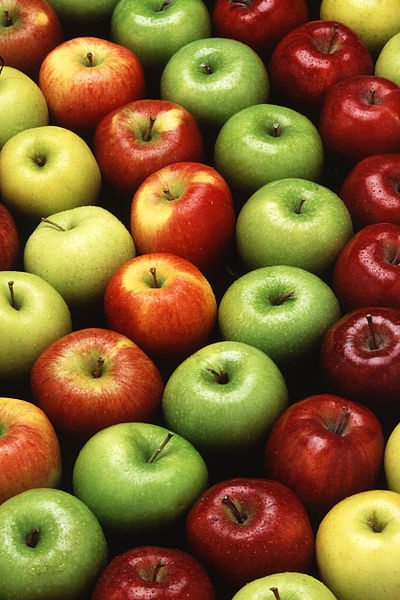 Golden Delicious, which when ripe is yellow and is the most widely consumed apple in the world. It was developed by accident in West Virginia toward the end of the nineteenth century.

Red Delicious, a red apple with crisp, juicy flesh, is the most popular apple in the United States.

Red Delicious, a red apple with crisp, juicy flesh, is the most popular apple in the United States.

Rome Beauty, a red or red-striped apple, is favored for baking but is a bit mealy for eating out of hand.

Stayman is a purplish apple for all-purpose use. 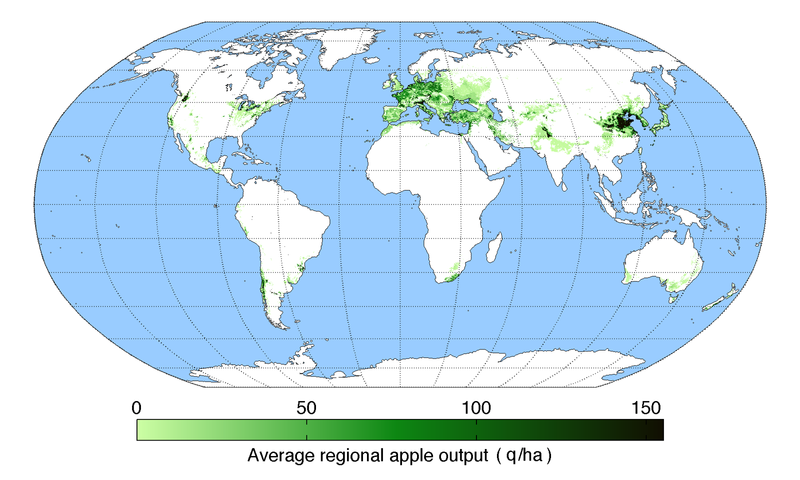 Over 63 million tons of apples are produced annually worldwide..

Apples are the fourth fruit crop in importance after all citrus, grapes, and banana.The fruit apples equal about ten billion dollars estimated worth for the entire Earth combined. The  Biggest producer is China, representing around 40% of the world’s total. The US is the second largest producer with over 5 million tons. Italy, France, Germany and Poland are the largest producing countries in Europe.Average per capita consumption of apples is over 28.7lb/year with Turkey and Italy consuming more per capita than any other countries. 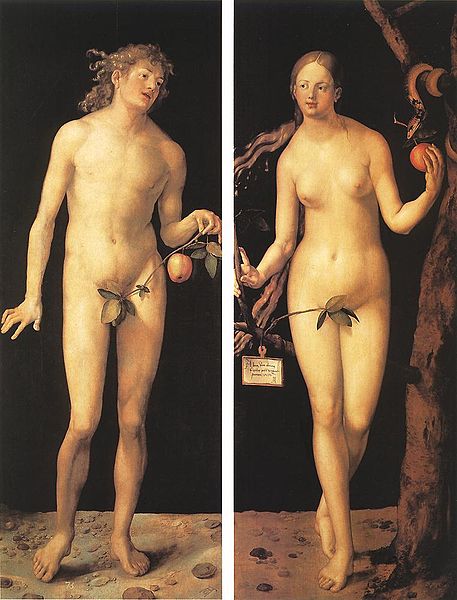 Apple played a starring role in many a starring role in many stories and legends. apple are commonly believed to be the faithful fruit in the garden of eden; aphrodite often carried an apple in her hands. as did the scandinavian goddess Idun an apple participated the fall of troy; The Druids selected divining rods from apple trees, Muhammad inhaled eternal life through an apple brought to him by an angel, and snow white received a poisoned apple from the evil queen

Some of The Most Known Apples Stories:

Adam or Eve:The forbidden apple was bitten by Eve after she fell for the serpent’s temptation according to the book of Genesis chapter three verse six. She then took some of it and gave it to Adam who was her husband who also ate it. This act led both of them to be banned from the Garden of Eden by God. 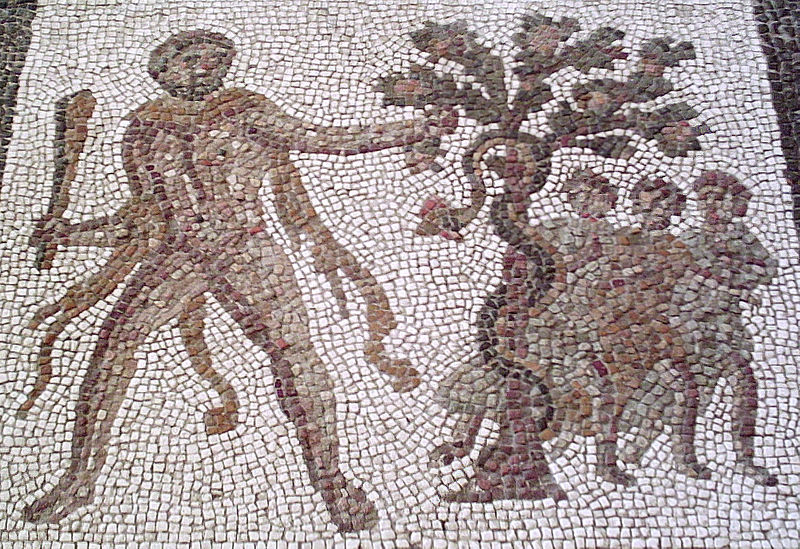 The 11th Labor of Hercules: King Eurystheus assigns Hercules twelve labors as punishment for his wicked deeds. The last and most challenging labor requires that Hercules return with three apples from the golden tree located in the Garden of the Hesperides.

Snow White: The “Poisoned Apple” is a blood-red apple which, when bitten, will send its victim into the “Sleeping Death”. A victim of the Sleeping Death can only be revived by love’s first kiss. It is used by the Witch in an attempt to do away with Snow White 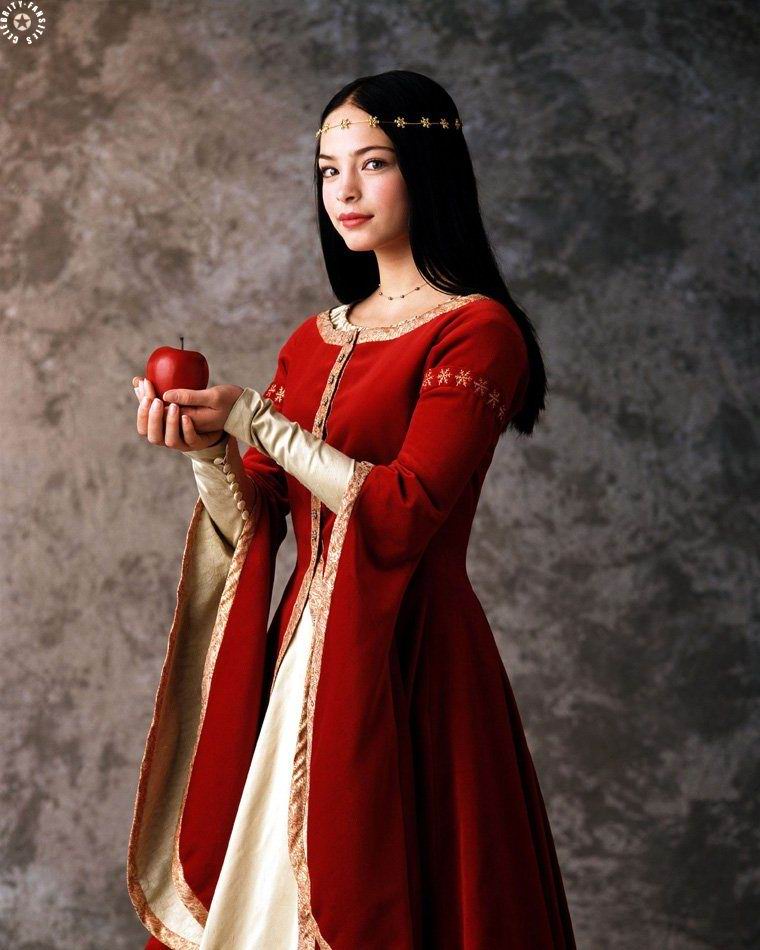 Apples have good amounts of soluble and insoluble dietary ﬁber as well as vitamin C. They contain many phytonutrients, such as quercetin, catechin,phloridzin, and chlorogenic acid that act as antioxidants Moreover 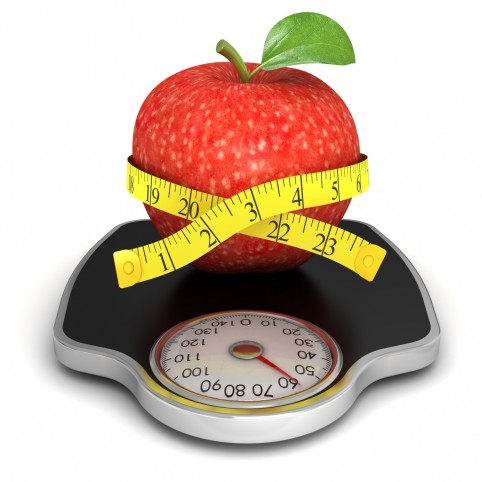 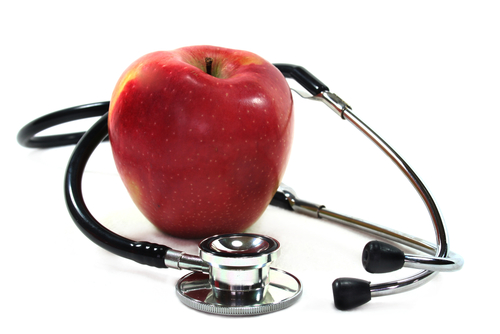 “An apple a day keeps the doctor away”

The saying “an apple a day keeps the doctor away” probably gives you the impression that apples are the healthiest fruits. This proverb was first mentioned more than a century ago, and it is still widely used today. Other than the fact that it is easy to remember and fun to say, it may also be true to a certain extent.

Some Medicinal uses for Apples:

Cancer: Apples are rich in flavonoids, which help prevent the growth of prostate cancer cells. Also, the phytochemicals present in the skin of an apple prevents the multiplication of colon cancer cells.

Alzheimer: Since apple skin consists of Quercetin, apples are believed to be beneficial to fight off the nasty Alzheimer’s diseas

hypertension: Adults consuming an apple a day are 37% lesser at risk of getting hypertension than others

igestion: They improve the bowel function. Pectin and other acids present in apples helps digestion, which is why apples are served after heavy meals

Apple as a Food 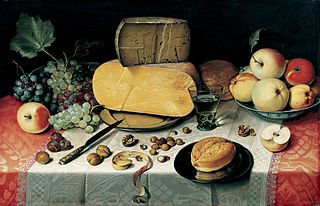 Apples are popular because of the many ways that they can be consumed and because of their convenience and durability. Apples may be eaten off the tree or stored for up to a full year. Apples can be processed into sauce, slices, or juice and are favored for pastries, cakes, tarts, and pies 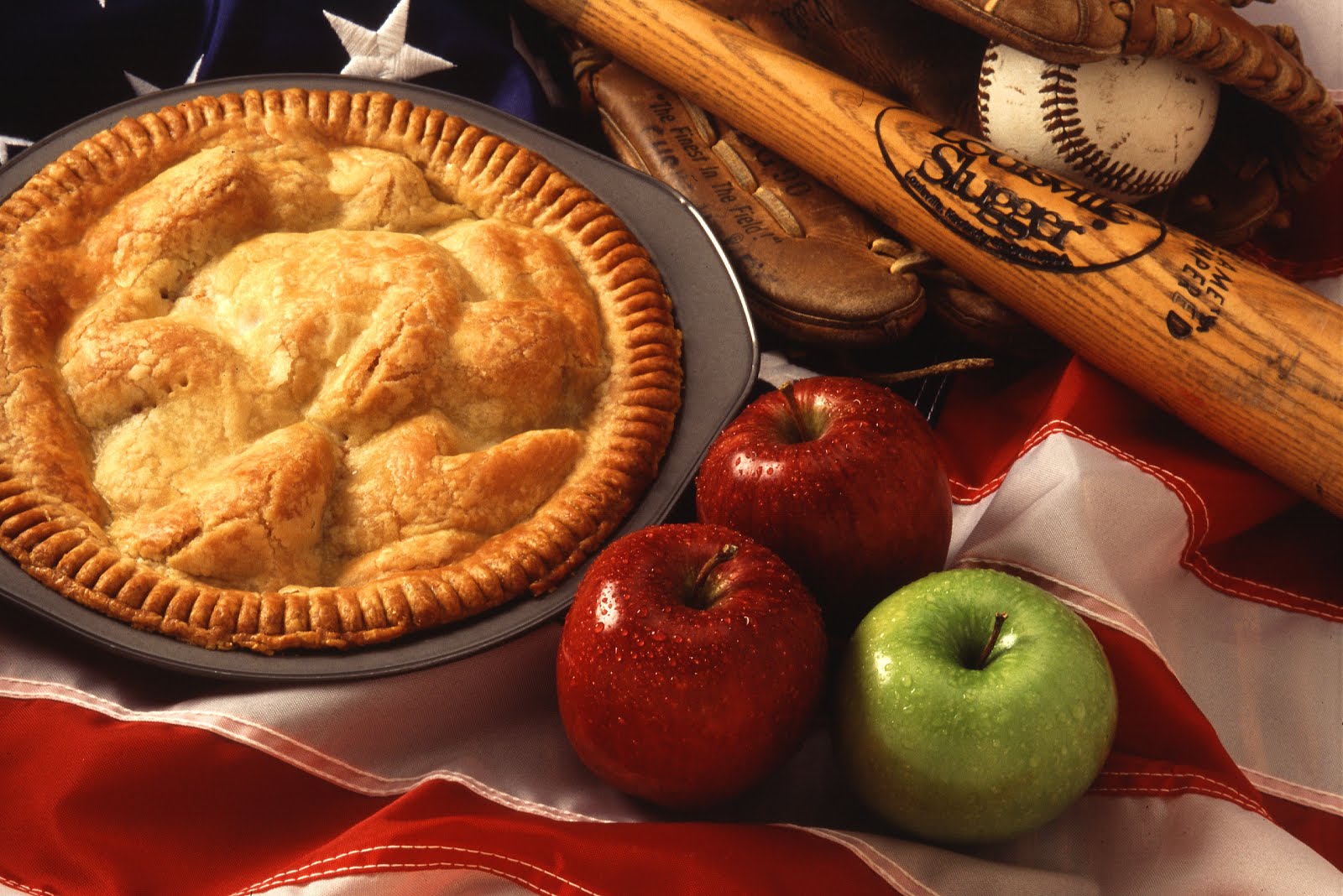 The traditional Apple pie can be mistaken for being all American, but in fact recipes for Apple Pies were brought to America by Early European settlers.Often times back in the sixteenth century, many apple pies were baked without sugar. Now a days recipes require up to one to two ounces of sugar, but since sugar was not easily available the chef’s were unable to add it to their recipes. Sometimes sharp cheddar cheese was added to recipes to make it sweeter. Other times honey was used because it was cheaper and more readily available than sugar.

Video: How To Grow Apple Trees